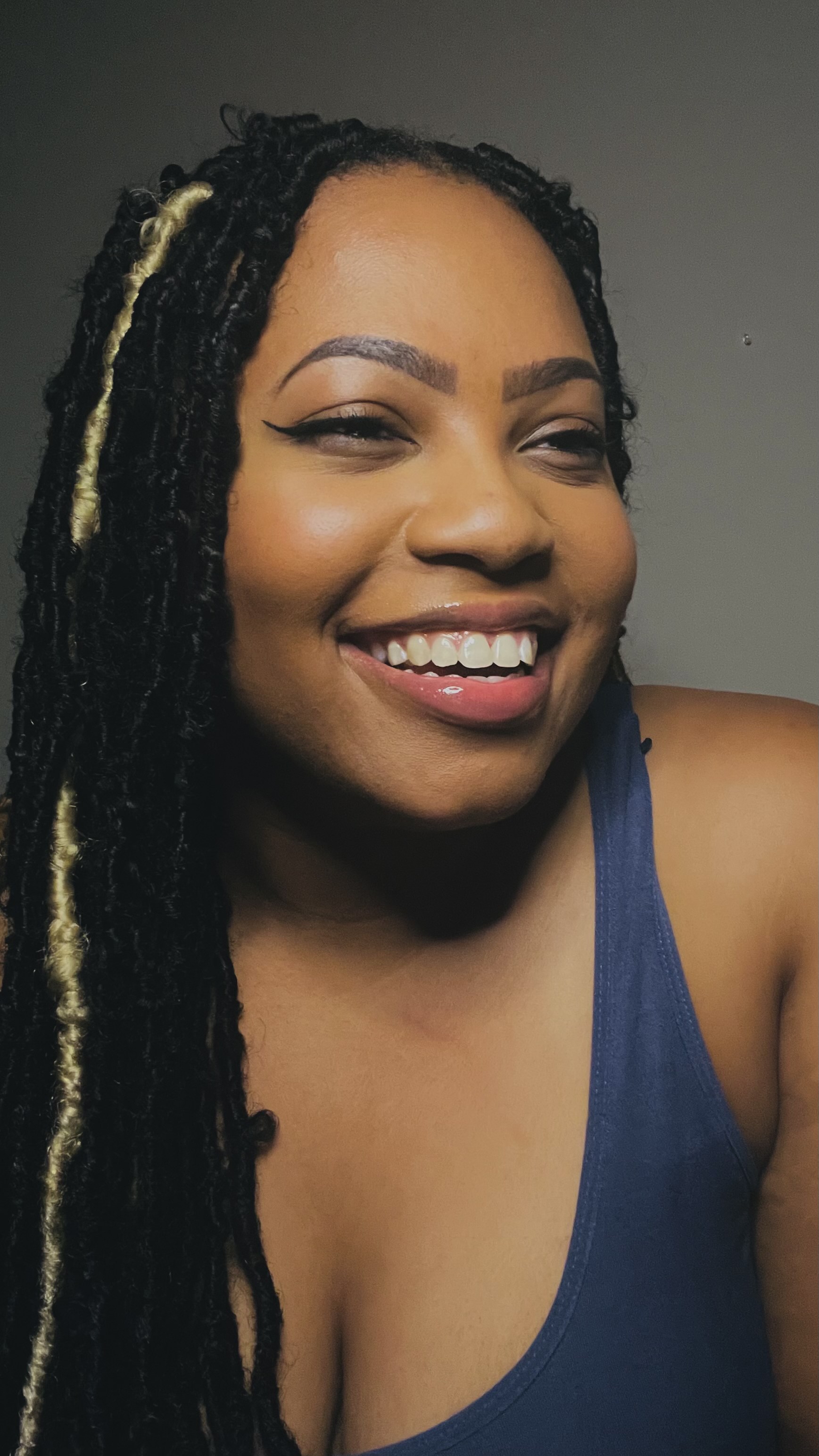 How did the poems “Tell it Like a Movie| Rewind" and "Shutter" come into being? Tell us a little about the origin, inspiration or circumstances surrounding them.

These poems came into being just as an ekphrastic chapbook I was working on began to evolve into something larger. I was originally writing poems that responded to works of art by well-known (but problematic) white male artists. And the more research I did and the more I spent time with those pieces of art, my interests started to expand like something that had spilled. The chapbook was already exploring the male gaze and different forms of surveillance, and I finally just let myself write some longer pieces to see what came to the surface. These two poems were the beginning of a significant transition to prose poetry for me as well, as I've written almost all prose poems since these poems came into being. I let these poems lead me in ways that I typically don't, and I think it shows in a good way.

Do you feel poetry has a role to play during this global pandemic? How have you experienced writing and reading (or not!) during this time?

Reading and writing has been so complicated during this pandemic (doubly complicated as I've been preparing for PhD examinations for the past year now). I've found it much harder to write and I've been much less prolific. But I've been forced to really trust myself and my writing process, and it has become sacred in a new way. I have to trust that I'm "writing" even when I'm not typing in a Word document. I have to trust my mind's ability to observe and collect and store ideas. I've had to be more diligent with my own note taking. But I've had to be more patient, and the poems that I've written in the last year or so have been poems that I've had to let marinate until they were ready. I can't force anything at this moment. And that's doubly difficult, because poetry is a major way for me to process what's happening to me and how my life has changed during the pandemic. I know that has been a struggle for many writers, grappling with the need to write and the barriers that grief and stress place between us and the page. But I think that battle is also a part of what has made the poems I have been able to get out more precious.

If I'm writing in a specific form (such as a pantoum or a sestina), I tend to pick the form before I start writing. With these pieces, the forms were much more organic. With "Tell It Like a Movie | Rewind," I had a general idea that I wanted to begin and end the poem with the idea of who is looking through the camera. I knew there had to be some sort of circular movement to return to that similar beginning, and so I was originally thinking of the pantoum form. But as I started writing, the pantoum didn't feel quite right, and so I broke it out of the form and just let myself be carried away with the poem's momentum. Then as I really got into the mindset of film and started to consider different film conventions and vocabulary, the concept of "rewinding" really stuck with me. So I asked myself, "what is the formal equivalent of rewinding?" and the palindrome came to mind. The poem isn't an exact palindrome, but the challenge of making a loose prose palindrome was just too exciting to pass up. With "Shutter," I was reading a lot of theory texts for school, so the question of genre was quite present while writing that poem. I wanted to see what happened when I let a piece rest at this intersection of poetry and essay. My love for the lyrical essay got to come out and play while I was writing this poem, and is to date one of my favorite things I've written.

Is there a book or a writer you return to again and again who sustains you?

As I've really settled into prose poetry, the work of Alexis Pauline Gumbs and Claudia Rankine have been crucial for me. I keep returning to Rankine's Don't Let Me Be Lonely and Gumbs' Spill, as they remind me over and over that the prose poem has this particular capacity for strangeness, magic, and emotional depth. As someone who was a fiction writer before I really found my footing in poetry, the prose poem appeals to my thirst for narrative while also giving me permission to defy the logic of narrative, time, and space. For some reason, the prose poem feels like a well of possibility, and I'm going to scrape the bottom of that well!

Tell us about a non-poetry passion, obsession or delight.

I miss painting so much. The moment I finish my PhD exams, I plan to get straight to Michael's and get myself some canvases and paint happily for the entirety of that weekend. 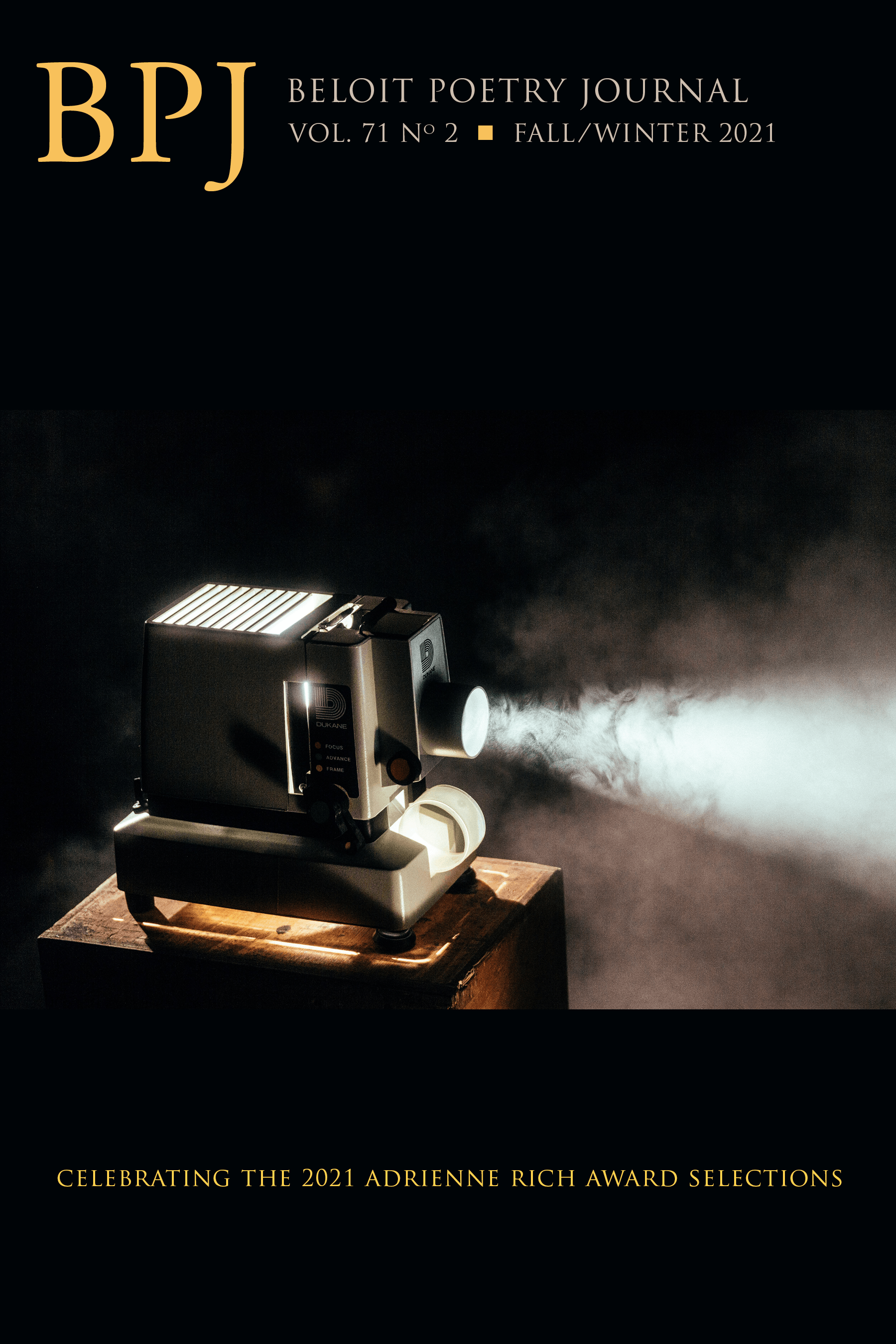