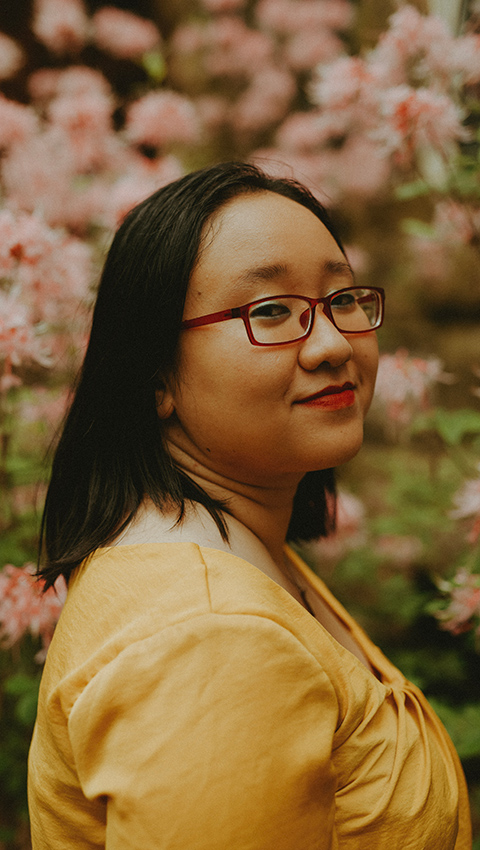 How did these three poems come into being? Tell us a little about the origin, inspiration, or circumstances surrounding them.

Since the Feb. 1, 2021, military coup in Myanmar, I’ve done more than my fair share of doomscrolling—and every other day, the most heartrending news story or Twitter thread would emerge on my feed, and I’d have to take a few days to sit with the pain, the grief, the anger. The burning of Kin Ma Village in June of 2021 hit me hard and stayed with me. The younger residents had fled, but the elderly couldn’t leave, and the military burned them in their homes. I had just read Jericho Brown’s The Tradition, and was writing duplexes at the time, so I wrote “Kin Ma.”

“Cremating Our Fathers” is thematically similar, but that poem emerged a month later, in July 2021. I’d just found out that my father had died during the third brutal wave of COVID-19 in Myanmar; one of my relatives took his body to the crematorium, but we couldn’t hold a funeral for him. And I was in the States with no way of going back, so I wanted to write something that played with the notion of sun and stay, which in Burmese sound similar but are tonally distinct.

“Statement” was part of a longer sequence of poems addressing the inaction of the United Nations on the crisis in Myanmar. At that point, I’d read a plethora of statements from the UN containing the phrase “deeply concerned.” I think, in the beginning, Burmese people had some faith that the UN would intervene, would stand for its values and the “peace” it supposedly stood for. There’s a photo I've saved to my phone of an elderly Burmese man wearing a blue United Nations shirt who died as a result of military violence. Statements of “deep concern” have become a farce at this point, so I wanted to draw attention to that.

A fuller exploration of the Spring Revolution in Myanmar and the inaction of international bodies like the UN can be found in my new chapbook, UNSPRUNG, which was a finalist for the Chad Walsh Chapbook Series with the BPJ and is available for preorder from Newfound.

How do you determine the form or shape for your poems? Each of these poems finds such a different and striking shape.

Sometimes the poems tell me what shape they’d like to take, but more often than not I have to wrangle them into different poetic containers and see which they best prefer. “Kin Ma” very much emerged as a duplex and knew it wanted to be a duplex from the moment I set pen to paper. “Cremating Our Fathers” required more of an excavation, a narrowing down to the core of what I wanted to say with this poem; and “Statement” was part of a larger series of erasures and fill-in-the-blank options. As a poet I try to listen to the poems when they tell me what they want to be, but occasionally my stubbornness and theirs get in the way of what could potentially be a smooth and easy process.

What’s something you wish you knew when you first began writing?

I wish I knew how important revision is! I spent a large part of my early writing career without proper mentorship—and any writer worth their salt will tell you that the story or the poem emerges (most of the time) through revision. But it wasn’t until my first poetry class with Hastings Hensel that I realized, oh, revision is necessary.

If you could have a conversation with any musician, writer, or artist (past or present), who would it be and why?

I would love to chat with the late Sir Terry Pratchett. I think we’d have a great time. The Discworld series brings me so much joy, and every Christmas I do my annual reading of Hogswatch so it’d be nice to just pick his brain for my other great love: fantasy!

When the BPJ editorial board gathers for selecting poems, it has been our tradition to cook and share soups and stews. Do you have a favorite comfort food (or food tradition) that sustains you? Would you be willing to share a recipe?

The very first dish I learned to cook and the art of which I’ve practically perfected is the potato cutlet. Basically, you make mashed potatoes (boil ‘em, mash ‘em—do not stick them in a stew), except easy on the milk/butter; you don’t want as much of the creamy consistency. I like to add bits of fried fish and onion into the mix, season with salt, pepper, paprika, garlic powder, and literally any other spice you enjoy, then mold them into semi-flat blobs. Then, scramble two eggs (add some milk, it helps the potatoes to not stick to the pan), then dip your potato blobs in the egg mixture, and fry them in a nonstick pan (you’ll thank me later). Flip after a minute or so. Fry the rest of the egg, and enjoy! 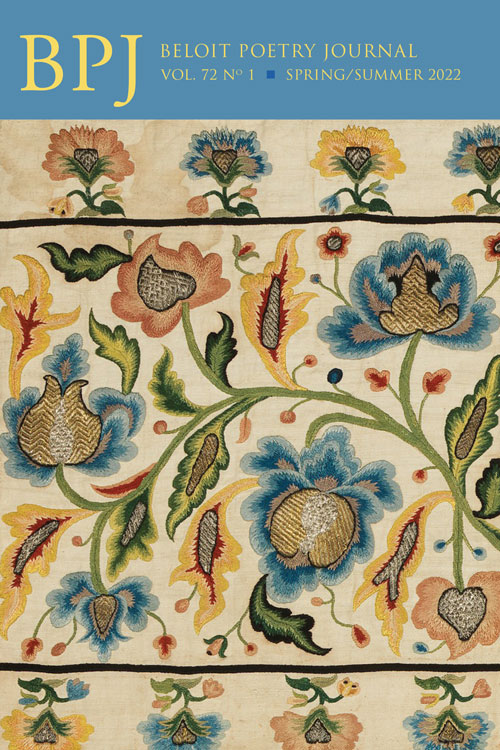